Money from the state Lottery represents just a small percent of Ohio’s spending on primary and secondary public education, but it still transferred about $1.2 billion to the Lottery Profits Education Fund in fiscal year 2019.

Last year around this time, Gov. Mike DeWine signed into law HB 29, the bill legalizing Ohio sports betting, and gave the Ohio Casino Control Commission a little less than a year to enact its provisions, with a start date of no later than Jan. 1, 2023.

Public Education advocates had been opposed to Casino control of sports betting, with the concern that Lottery profits, which go to public education, would be adversely affected. If Lottery profits ever suffer, it is very unlikely that legislators would make up the difference.

Under Ohio’s new law that puts Casinos in charge, sports betting profits could be used not only to support public schools, but private and parochial education as well.

According to research from Pew Charitable Trust, states have seen their lottery profits suffer with the arrival of competition from new forms of gambling, such as legal sports betting.

If you are now being flooded with sports betting promotions offering a “free $500,’’ don’t be fooled. John and Jane Taxpayer are footing the bill for those promos.

Ohio is the rare state that lets casinos write off every nickel of promotional play, sometimes called “free” play. So if you place a bet through a casino sports book, and you take advantage of any promotion offering free wagers,
the casinos write it off – and taxpayers help pay for casino marketing.

After that lucrative tax break, casinos won another victory: control of legal sports betting in Ohio – which is supposed to go live by January 1st. It was recently revealed that it will ONLY universally go live at casinos — not at Lottery-controlled bars and restaurants that fought for a small piece of sports betting.

One main mission of the Lottery is to maximize lottery profits. What the Lottery has done about sports betting is to encourage unnecessary competition for the Lottery by urging casino oversight, then slow-walking licensing
for vendors who want to participate by offering it to lottery retailers.

This will give casinos a big head start – and a bigger tax break. And it will boost money into a state fund that can be used for non-public schools – just as the GOP is facing growing opposition to its short-sighted voucher expansion.

The Associated Press has an exposé that could explain why Casino interests tend to get their way in Ohio. Among the highlights:

During the same period, the Republican Governors Association (RGA) funneled over $2.2 million through its campaign arm, RGA Right Direction PAC, to benefit DeWine’s successful reelection bid against three primary opponents and later Democrat Nan Whaley, records show. Most of that money went to two pro-DeWine committees: Free Ohio PAC and the Delaware-based dark money group Ohioans for Free and Fair Elections, whose public filings so far haven’t disclosed its organizers. The RGA did not respond to repeated AP requests for comment.

In one case the AP turned up, one of the gambling companies, IGT Global Solutions, donated to the RGA, which donated to Right Direction PAC, which donated to Free Ohio PAC — all on the same day. The instance raises questions about whether RGA was used as a pass-through to benefit DeWine.

All told, Right Direction PAC gave $1.05 million to Free Ohio and another $1.15 million to Ohioans for Free and Fair Elections as of September, records show.

Governor DeWine had originally justified sports betting as something that is already occurring, “so it’s time to bring in Ohio, to regulate it, and get a little more money for schools.”

The way that it has been set up though, under the control of the Ohio Casino Control Commission rather than the Ohio Lottery Commission, has been designed as another way to funnel public money to private and religious schools.

Ohioans mustn’t be conned into thinking they are supporting their neighborhood public schools with online sports betting in the Buckeye State.

Our partners are hosting events all across Ohio. Attending an event is a great way to find out what’s happening in your community to protect public education.

Select an event on the map or search below.

You can list your organization’s event on our calendar. Give us the details of your event, and we’ll post it. 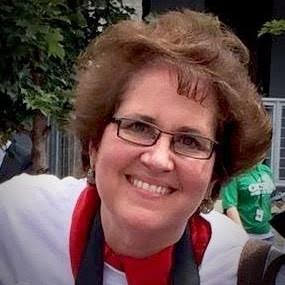 I am a public school teacher in Oberlin, Ohio. As I do year after year, I had my fifth-graders write editorials for the Newspaper in Education contest sponsored by our local Chronicle-Telegram newspaper. And as I always do, I gave the students free choice to choose their topics and to come up with their own polished submissions.

When so many of them started writing about testing, I freaked out a little because prior to this month’s AIR testing, I had rarely even mentioned the topic to them, refusing to stress them out about the upcoming three weeks of testing. I sent some of their work to our principal with a note that said, in so many words, “Holy smokes, look at what these kids are saying. I promise that I haven’t been stressing them out about these tests!” She wrote back saying she thought their submissions sounded just fine.

I’m so thankful to have a principal who values our students’ feelings.

When I talked to the kids about the testing, I told them how surprised I was by their topic choices and asked why they were feeling so worried. After all, I told them, I had barely mentioned the topic and told them I’d be the last person to put pressure on them or try to stress them out. One student told me, “You are working with the wrong kids, Mrs. Randall. You don’t have to stress us out. We stress ourselves out enough for all of us.”

They then started sharing stories about last year’s PARCC test, when they tested on and off from February through May when they were in 4th-grade. They shared about how scared they were that they wouldn’t pass the Third-Grade Reading Guarantee reading test the year before that and then fail the entire year. Ohio legislation is insane.

But worst of all, one student said, “This is the third new kind of test we’ve had in three years. When will Ohio get this right?”

This same student was the one who took it upon himself to go to the Ohio Department of Education website on his Chromebook and research his topic and find out that some schools were able to still do paper/pencil tests, and he was pretty upset that he couldn’t.

I sent a note to the newspaper staff member about all their submissions and she told me to please not censor their writing, but to send it all in. She wanted to see it all.

Today, I opened the newspaper supplement to these two student submissions ruling a whole spread. Apparently, the judges heard them loud and clear and felt their words needed to be heard by our community.

All this high-stakes testing is really starting to take a toll on kids. When will our legislature hear and care about their voices?

Each child in my class is the SAME child who has been forced to sit through high-stakes testing year after year after year. When will enough be enough?